In France, a new coronavirus variety identified as 'IHU' has been discovered

The new version, B.1.640.2, was discovered in 12 people near Marseille, France, and features 46 mutations that make it more resistant to vaccinations and infectious diseases.

According to researchers, it has 46 mutations, which makes it more resistant to immunizations more contagious than Omicron. So far, 12 cases have been discovered near Marseille, with the first being related to travel to Cameroon in Africa.

Tests reveal that the strain has the N501Y mutation, which was initially discovered in the Alpha version and is thought to make it more transmissible, according to specialists. It also has the E484K mutation, which might make the IHU variety more resistant to vaccinations, according to the researchers.

It has yet to be discovered in other countries or designated by the World Health Organization as a variation under research. "Based on these 12 instances, it's too early to speculate on virological, epidemiological, or clinical aspects of this IHU variation," IHU researchers add.

The discovery of a variation comes as a result of an increase in Omicron cases throughout the world, with many NHS hospitals in England declaring critical events this week to deal with an "unprecedented" staff shortage caused by Covid-related illness.

Boris Johnson has been told that he may need to impose tougher measures if required, but the prime minister and his cabinet insist that "plan B" is working. 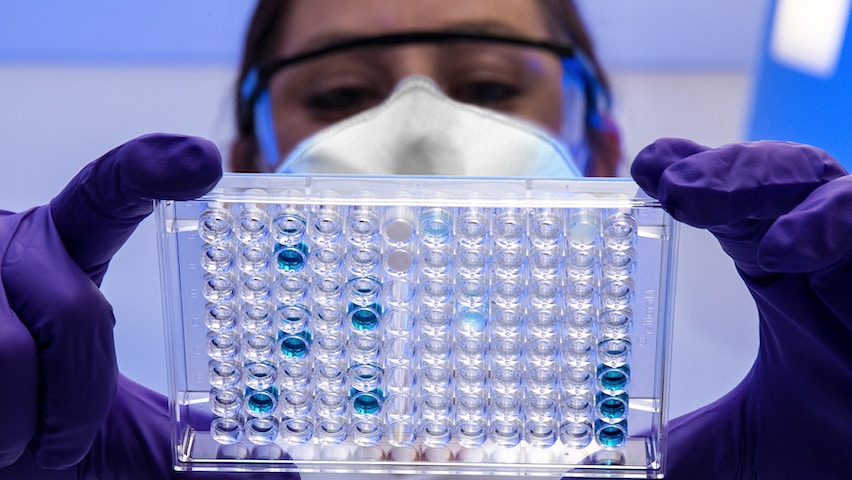 Photo by CDC on Unsplash

And what about Omicron?

The omicron pandemic is still wreaking havoc on towns and nations all across the world, putting huge demands on healthcare systems.

According to the US Centers for Disease Control and Prevention, omicron comprised 95.4 percent of coronavirus strains in the country as of Saturday.

According to data collated by NBC News, the United States has seen 1 million new Covid-19 cases, emphasizing the threat of the omicron strain as the epidemic enters its third year.

On Tuesday, authorities in New South Wales, Australia's most populous state, reported more than 23,000 new COVID-19 infections, breaking the previous record of 22,577 new cases set on New Year's Day, as well as 1,344 hospitalizations, which surpassed the previous record of 1,268 hospitalizations set in September, at the height of the delta outbreak.

On Tuesday, the neighboring Victoria state set a new record with 14,020 new cases, exceeding the previous high of 8,577 new cases set on Monday.

The first instance of someone infected with the new coronavirus and the seasonal flu, dubbed "flurona" by specialists, was verified in Israel on Thursday.

An unvaccinated pregnant lady with minimal symptoms was confirmed to have the virus. The name "flurona" is being used for the first time to characterize the illness.