Photo by Mitsuo Komoriya on Unsplash

Thousands of travellers are facing uncertainty as a result of the Omicron epidemic, which has led to huge airline disruptions

As the COVID-19 Omicron variant pandemic continues to generate industry-wide labor shortages, airlines throughout the world have continued to cancel key flights.

According to flight-tracking website FlightAware, 1,000 flights into, out of, and within the United States have been canceled as of Wednesday night.

Additional flights have been canceled, with the most significant disruptions occurring at international airports such as Dallas-Fort Worth, Seattle-Tacoma, and Denver International Airport.

According to FlightAware, Chinese businesses are responsible for the majority of the flights that were canceled on Monday.

Beijing and Shanghai airports look to be the most hit, with roughly 300 cancellations between them. The Chinese government has been silent on the matter.

The airport in Xi'an, in northern China, is also on the list. Officials have lately ordered more than 13 million residents in the city to stay at home as authorities strive to contain a Covid epidemic. 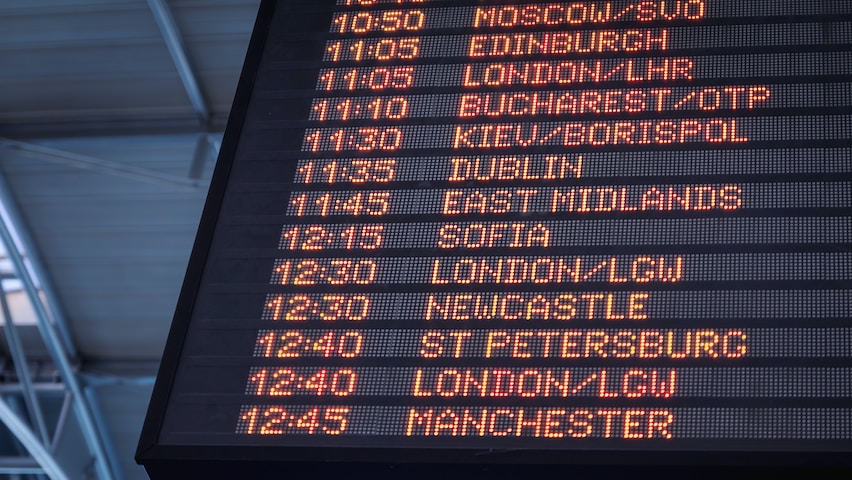 Photo by JESHOOTS.COM on Unsplash

The cancellations occur during the busiest travel season of the year. The Transportation Security Administration in the United States claimed it screened millions of individuals each day over the holiday weekend, with a high of 2.19 million on Thursday, December 23.

More passengers traveled through TSA checkpoints on Wednesday than on the same day last year.

Meanwhile, positive case reports of the COVID-19 Omicron variant have continued to rise across the country.

According to the Centers for Disease Control and Prevention, Omicron cases accounted for 58.6 percent of all infections in the United States as of December 25, with a 95 percent prediction ranging of 41.5-74 percent.

For passengers whose flights have not been canceled but who still intend to travel by air, the CDC continues to advise only going if fully vaccinated, followed by mask-wearing, social separation, and periodic testing.